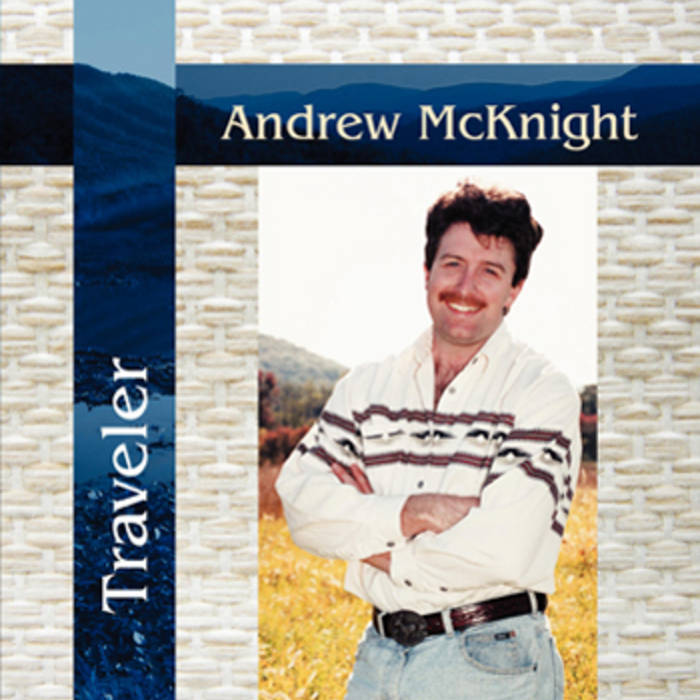 Deloris I Enjoy filling good about listening to Music ..Especially this one song.. It Always puts me in a Good mood.. What else can i say .. I LOVE IT!!! And i just had to have this one song .."Beautiful" Thanks Andrew ... Hope to "Enjoy" More in the future... Keep It coming!!!! You All are Awsome!!!! "Deloris K" , Florida, Favorite track: Atchafalaya.

"a touch of traditional ... country ... Celtic ... contemporary ... In that sweet spot, McKnight combines them all to spin his magic"
Folk and Acoustic Music Exchange

“a distinct and refreshing voice ... very enjoyable.”
All Music Guide

The debut CD from one of the nation’s most promising “story songwriters” introduced folk fans around the world to Andrew’s literate stories and vivid imagery, all wrapped in his smooth expressive tenor and standout guitar playing.

Traveler features some of Andrew’s best-loved songs, including “Dancing in the Rain” about the plight of an Iowa farm family (and the first recording with his two friends who would join forces years later to form Dang Varmints!), a love song from the Old Man Mississippi to his lady love “Atchafalaya”, and “Magnolia Tree” detailing his own escape from corporate America. Other highlights include “Highland County Romp” a gorgeous guitar duet with virtuoso Seth Austen, the old-time/folk tinged “Gatlinburg”, and the gentle small-town country/Americana feel of “Still Home to Me”.