Something Worth Standing For 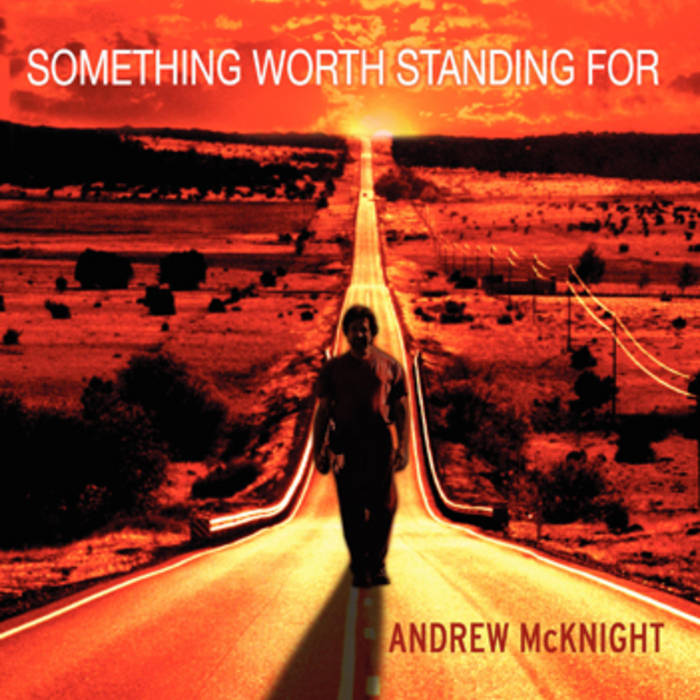 "Stretching across the landscape of American folk music is a highway paved by Guthrie and Dylan... now Virginia native Andrew McKnight takes his turn smoothing down the blacktop" (Performing Songwriter)

"has complete command of a variety of styles, but his overall approach brings to mind the Indigo Girls: impassioned, acoustic, rooted in folk but influenced by rock. He’s got an instant classic in 'These Shoes,' a sharp appraisal of how mainstream America treats the immigrant worker." (Victory Review)

"can also evoke spooky backwoods Appalachian ghosts with his bluesier numbers...adds up to one fine album of insightful music" (The Muse's Muse)

* * * * * * * * * *
Recorded with the help of longtime friend and original Nitty Gritty Dirt Band member Les Thompson, Something is a coherent and compelling musical portrait of contemporary America while drawing inspiration from legendary musicians like The Carter Family and Woody Guthrie. Spanning haunting blues, feisty anthems, rustic folk, and a bit of swing, the 16 cuts showcase McKnight painting many colors with his dynamic and supple tenor voice, his tasteful slide and flatpicked acoustic guitar, and the occasional rocking Americana electric guitar.

Something reflects the maturity of a veteran songpoet and seasoned musical artisan. He focuses on threads in the American tapestry through the lens of illegal immigrants, of ordinary people clinging to lost treasures of their past, and of those praying for loved ones to safely return from war. Notable are the rollicking Cajun-meets-Clapton title cut, “Times We’re Living In,” a haunting indictment of the forces that coalesced behind Katrina, “Wind Whispers Your Name,” an a capella elegy for a fallen soldier, and “Bridges,” a beautiful meditation on the cycles on parenthood co-written with Mary Chapin Carpenter’s keyboardist Jon Carroll. And honoring the “folk process,” McKnight updated lyrics to the traditional “Worried Man Blues” as well as to Robert Johnson’s “Crossroads,” the spooky solo slide blues that closes the album.